Take a look at the 1-year chart of Aecom (NYSE: ACM) below with my added notations: 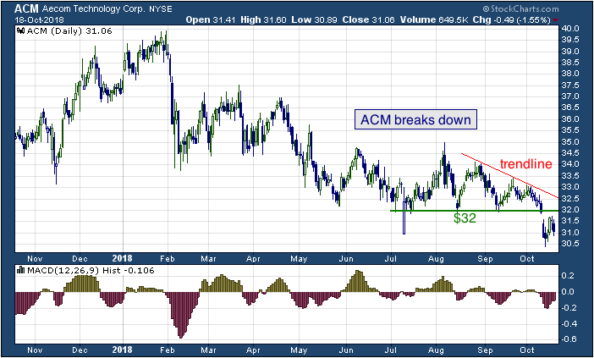 ACM had formed a key support at $32 (green) over the past few months. The stock was also declining against a down trending resistance line (red). These two levels combined had ACM stuck within a common chart pattern known as a descending triangle. Eventually, the stock would have to break one of those two levels, and last week ACM broke the support.

The Tale of the Tape: ACM broke the support of a triangle pattern. A short trade could be made on a rally back up to $32. A long trade could be considered if the stock broke back above $32, and the trendline resistance.