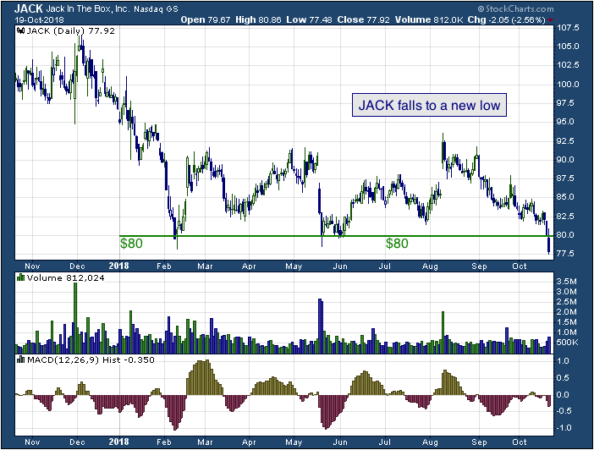 During the past eight months, JACK had formed a very important level of support at $80 (green). Last week saw the stock break below that support. Not only should that mean lower prices for JACK, but the $80 level will most likely act as resistance on future rallies.

The Tale of the Tape: JACK broke a key level of support at $80. A trader could enter a short position on any rallies up to or near $80 with a stop placed above the level. If the stock were to break back above the $80 level, a long position might be entered instead.