Boston Properties (NYSE: BXP) is one of the largest publicly-held developers and owners of Class A office properties in the United States, concentrated in five markets – Boston, Los Angeles, New York, San Francisco and Washington, DC.

Take a look at the 1-year chart of Boston Properties (NYSE: BXP) with the added notations: 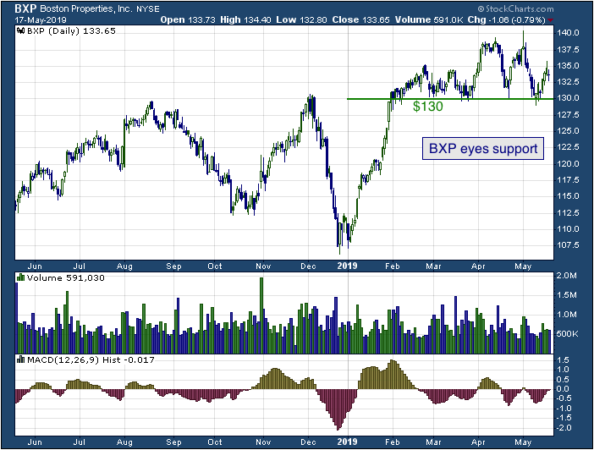 BXP has a formed an important level of support at $130 (green). The stock looks like it may be making its way back down to there again, and traders should be able to expect some sort of a bounce from there, if it does. However, if the $130 support were to break, lower prices will likely follow.

The Tale of the Tape: BXP has key support at $130. A trader could enter a long position at or around $130 with a stop placed under the level. If the stock were to break below the support, a short position could be entered instead.