SunTrust Banks, Inc. operates as the holding company for SunTrust Bank that provides various financial services for consumers, businesses, corporations, institutions, and not-for-profit entities in the United States. It operates in two segments, Consumer and Wholesale.

Take a look at the 1-year chart Sun (NYSE: STI) below with my added notations: 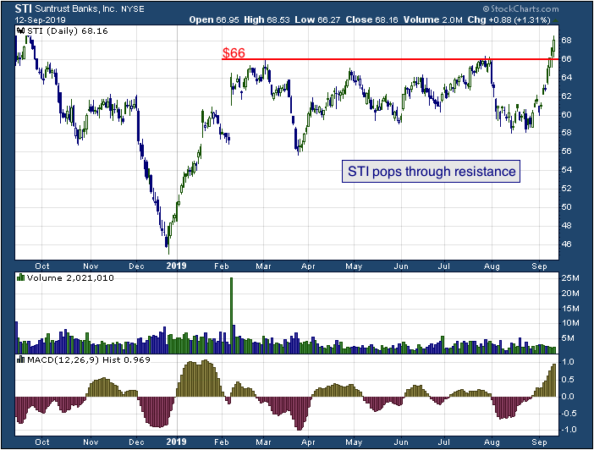 STI had formed a key level of resistance at the $66 level (red) during the past several months. The stock broke through that resistance earlier this week. If STI comes back down to that $66 level, which should now act as support, a bounce could be expected.

The Tale of the Tape: STI broke through its key level of resistance at $66. A long trade could be entered on a pull back down to that level. However, a break back below $66 could negate the forecast for a higher move and would be an opportunity to get short the stock.