Nike is the largest athletic footwear and apparel brand in the world. It designs, develops, and markets athletic apparel, footwear, equipment, and accessories. The company was well positioned to respond to the pandemic with its digital shopping channels…

Nike (NKE) is also strong financially with cash and short-term investments of $8.8 billion at the end of fiscal 2020.

Take a look at the 1-year chart of NKE below with added notations: 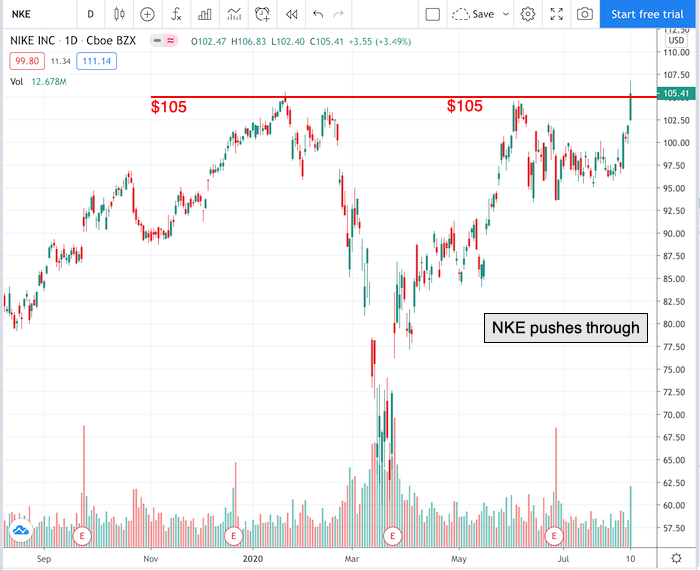 Chart of NKE provided by TradingView

After stalling around $105 (red) earlier this year, NKE declined into the end of March with the overall market. The stock then rallied strongly, eventually hitting the $105 resistance level again.

Now that NKE appears to have broken above the resistance, higher prices should follow, and $105 may now become the new support.

The possible long position on the stock would be on a pullback down to that level with a stop placed under it. A failure to hold $105 could negate the expectations for a higher move.