Take a look at the 1-year chart of LPRO below with the added notations: 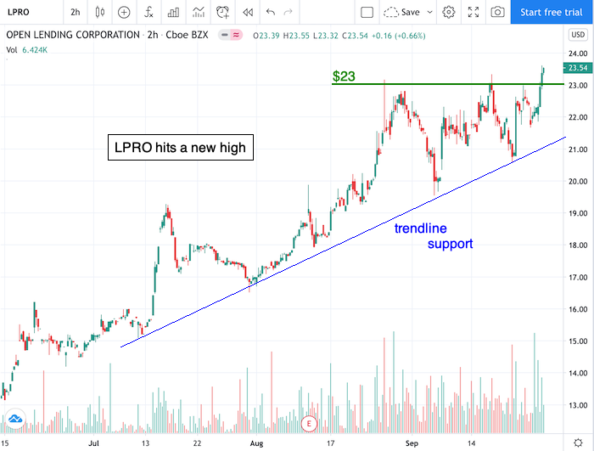 Chart of LPRO provided by TradingView

While climbing a trendline of support (blue), LPRO had also formed an important level of resistance at $23 (green). After hitting that $23 mark, again, in the middle of last week, the stock finally popped through it on Friday.

A long trade could be entered at or near $23, as resitance should now act like support, with a stop placed under the point of entry. However, if the $23 mark were to fail as support, lower prices could follow instead.