Beyond Meat (BYND) engages in the provision of plant-based meats. Its products include ready-to-cook meat under the brands The Beyond Burger and Beyond Sausage; and frozen meat namely Beyond Chicken Strips and Beyond Beef Crumbles. 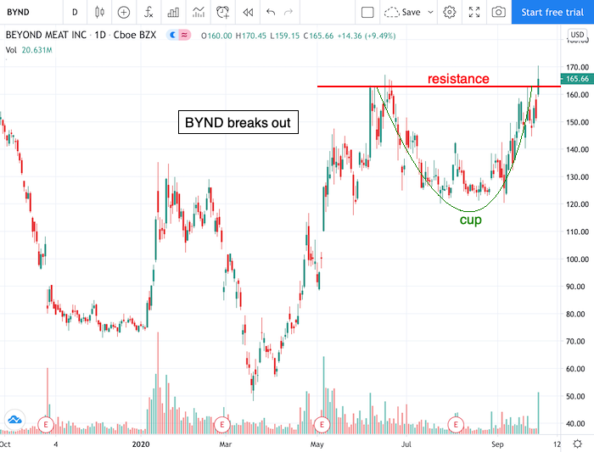 After declining into March, BYND rallied up to hit a high around $162.5 in June, but then the stock sold off again. Once BYND bottomed at $120, the stock rallied back up to the $162.5 resistance (red), pulled back from it, then turned higher and broke through. This should mean higher prices for BYND.

After forming a cup, BYND has broken its resistance. A long trade could be entered near the $162.5 area with a stop placed under it. A failure to hold that mark could mean lower prices will follow instead.