Kansas City Southern (KSU) is a transportation holding company. It focuses on the growing north or south freight corridor connecting key commercial and industrial markets in the central United States with major industrial cities in Mexico. The company is likely to be purchased by Canadian National (CNI) in the second half of 2022…

Kansas City Southern (KSU) is benefiting from increased efficiency and reduced costs due to its precision-scheduled railroading model. As economic activities have increased, KSU has seen a gradual recovery in volumes, but its operations have been negatively impacted by network congestion.

The stock looks overvalued with a trailing P/E of 202.88 and a forward P/E of 29.76. The stock had been trending up from last August until May, but has shown downward momentum since, as shown in the chart below.

Take a look at the 1-year chart of KSU below with my added notations: 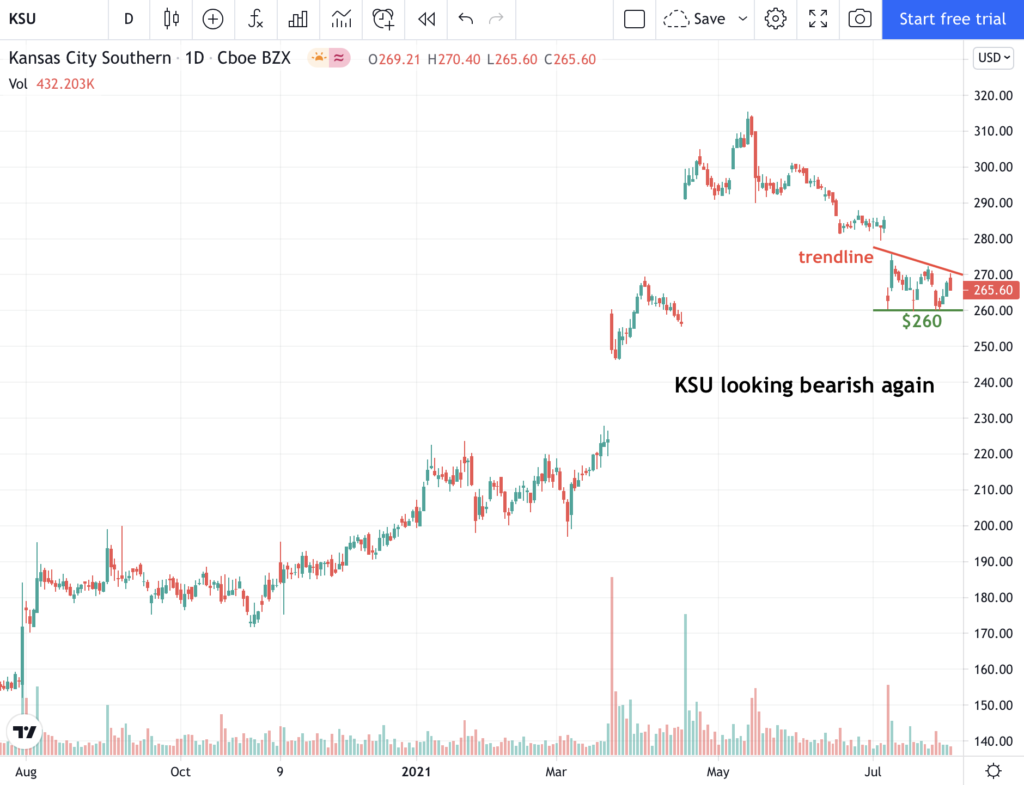 Chart of KSU provided by TradingView

KSU has formed key support at $260 (green) over the past several weeks. In addition, the stock is also declining against a down trending resistance line (red). These two lines have KSU stuck within a common pattern known as a descending triangle. Eventually, the stock will break out of it.

I have explored virtually every flavor of technical analysis and chart pattern known to mankind. The sad fact is that the vast majority of them don’t work at all.

That is why I recently put together this special report to help investors focus on the only 5 chart patterns that matter…the ones that lead to the most timely and profitable stock trades. Click below to get your copy now!